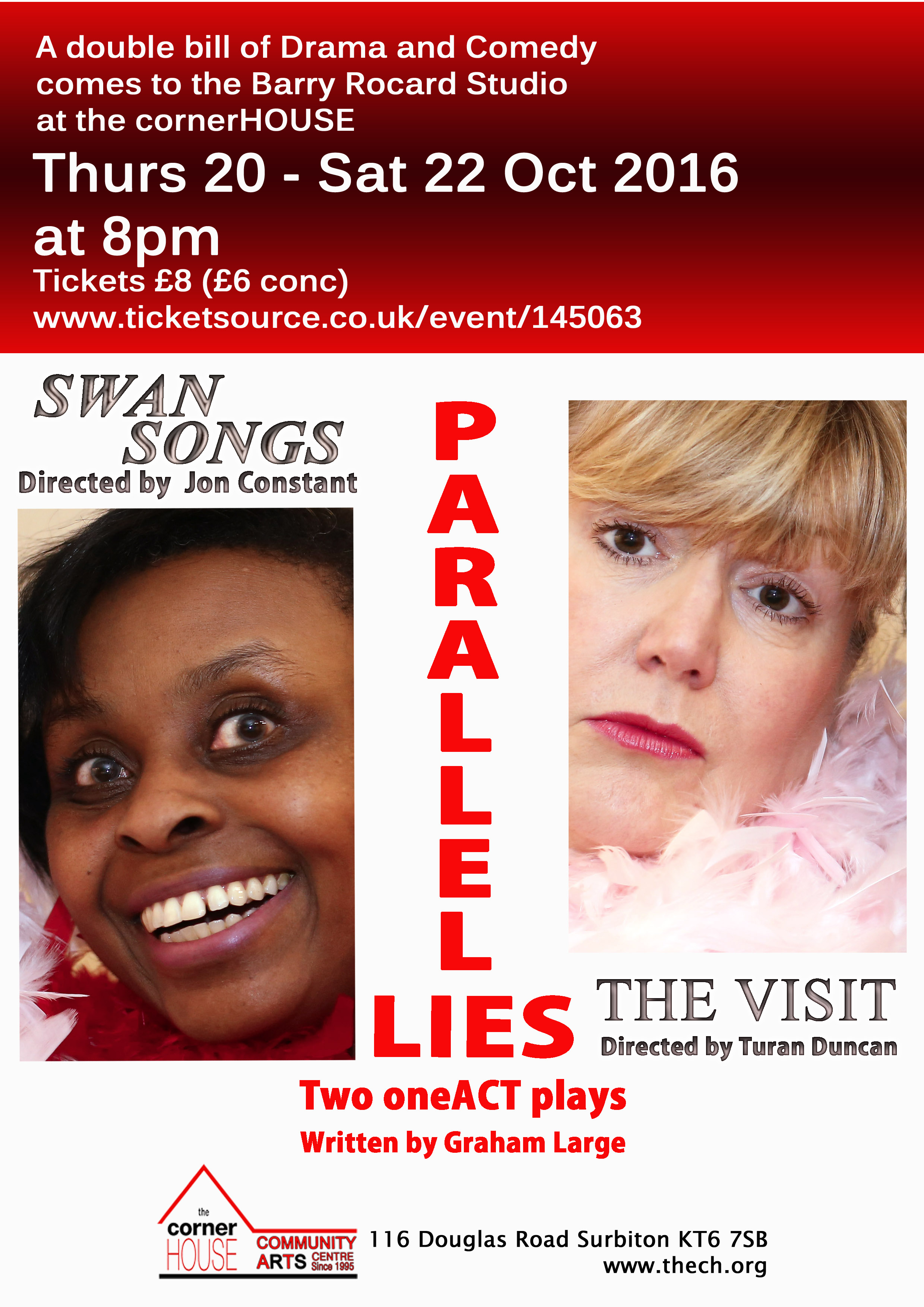 Friendship comes under the spotlight in Parallel Lies, a double bill which comes to the cornerHOUSE in October. In one play, Swan Songs, the tensions between two ageing singers surface over

Friendship comes under the spotlight in Parallel Lies, a double bill which comes to the cornerHOUSE in October.

In one play, Swan Songs, the tensions between two ageing singers surface over their careers and ambitions. Hubris, white lies, and mistaken assumptions lead to comic and poignant moments. In the other, The Visit, a volunteer befriender gets more than she bargained for when she offers the hand of friendship to another. Could it be that the befriender needs companionship more than her client?

Both are touching comedies by Graham Large and have been staged to popular acclaim at the Surbiton arts centre, the first as a staged reading, the second as part of a oneACTS festival, but have been revised and beefed up since then.

Parallel Lies will be performed in the Barry Rocard studio at the arts centre in Douglas Road on Thursday, October 20 to Saturday, October 22 at 8pm. Tickets are £8 (£6 concs). To book visit https://www.ticketsource.co.uk/event/145063

Read more about the plays this week in the Surrey Comet