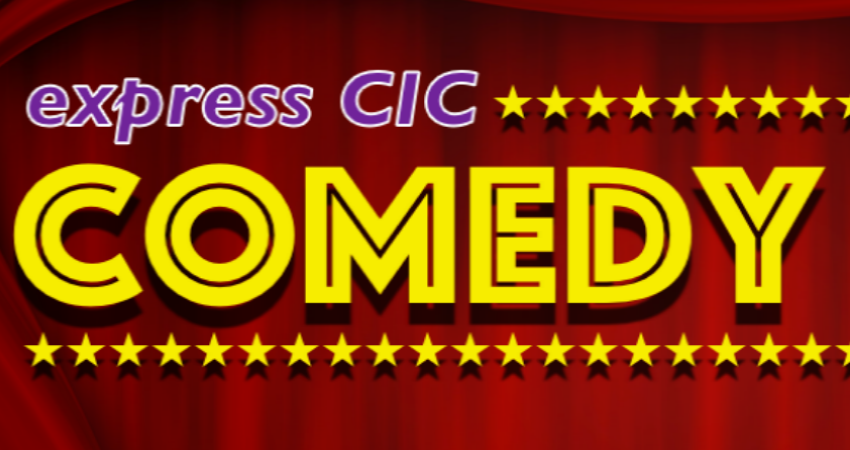 ome and join Express for a great night of comedy for a great cause Acts include: Matt Richardson Matt is a multi-award winning stand-up comedian and one of the most exciting names on

Matt is a multi-award winning stand-up comedian and one of the most exciting names on the circuit.
Matt hosted the drive-time show on Virgin Radio and has just returned from the Edinburgh Fringe. His TV credits include co-hosting the Xtra Factor alongside Caroline Flack, Co-Hosting Celebrity Haunted Hotel Live! Alongside Christine Lampard as well as appearing on Nevermind The Buzzcocks, Celebrity Juice, Sweat The Small Stuff, Big Brothers Bit on the Side, Fake Reaction, Its Not Me It’s You, I’m a Celebrity Get Me out of here Now! and countless other shows.

In December 2013 I won the BBC Radio New Comedy Award and in 2009 I won “most likely to return as a teacher” at my school leaving assembly.
“A work of substance, which puts gags front and centre of a compelling narrative” – Chortle

(BBC New Comedy Award finalist and Jewish Comedian of the Year 2017)
Aaron’s credits include BBC At The Edinburgh Festivals (BBC Two), The Edinburgh Show (BBC Scotland), BBC Radio 1 and 1Xtra’s Unexpected Fluids podcast and Laura Whitmore’s Sunday Session (BBC Radio 5 Live). He’s also been seen and heard on BBC Three and BBC Radio 4 Extra, and has appeared in a BBC Quickie with Brennan Reece and Rosie Jones.
Aaron performed his critically-acclaimed debut show, Disabled Coconut, at the Edinburgh Fringe in 2019. He reached the final of the Amused Moose Comedy Award competition and was nominated for Best Comedy Show in the Broadway World UK Edinburgh Fringe Awards.
Aaron has cerebral palsy and is a professionally-trained personal trainer, as well as a former international basketball player and world champion powerlifter.

ALL PROCEEDS TO EXPRESS CIC
www.expresscic.org.uk
line up may be subject to change