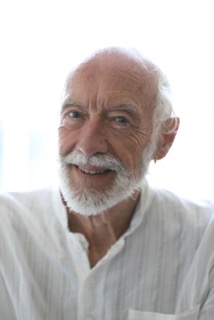 Roger McGough ( ‘The patron saint of poetry’ says Carol Ann Duffy ) is joined by his good friend Stewart Henderson for an evening of poetry at the cornerHOUSE. Roger will

Roger McGough ( ‘The patron saint of poetry’ says Carol Ann Duffy ) is joined by his good friend Stewart Henderson for an evening of poetry at the cornerHOUSE.
Roger will be reading from his latest book, Safety in Numbers. In this new collection, he will be traversing rocky terrain with the assurance of a poetic Perseverance Rover on Mars, bringing down to earth the strangeness of a year that went missing. The unpredictability of it all. Staycations, ghosts, gamblers, hurricanes in a hurry and oceans rising.

Stewart, born in Liverpool, is part of the ‘second wave’ of Merseyside poets, following on the trail set by Roger, Brian Patten and the late Adrian Henri. As well as the writer of numerous poetry collections for adults and for children, is also a broadcaster and songwriter. Stewart’s new collection of verse ‘Especially, now…’ sees him at his ingenious and subversive best.

There will be a bar and a bookstall, with the opportunity to get volumes signed by the poets.

For more about Roger and Stewart and their most recent collections, read on… 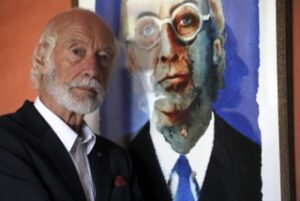 Roger McGough is the author of over a hundred books of poetry for adults and children. Safety in Numbers is the new collection from the nation’s favourite poet. Traversing rocky terrain with the assurance of a poetry Rover on Mars, McGough brings down to earth the strangeness of a year that was almost lost. Staycations, ghosts, gamblers, hurricanes in a hurry and small kindnesses. Unexpected voices, a nature trail, adultery in lockdown, time to stand & stare and how to write verse about Liverpool. This is an evening of poetry and love and intimacies and daffodils. You Have Been Warned.

With the gift of many tongues, playful, surreal and tender, McGough ‘a trickster you can trust’ reveals the telling moments of our times.

President of the Poetry Society, he has been honoured with a CBE for services to literature and the Freedom of the City of Liverpool. After Lily The Pink, the Aintree Iron, Scaffold, GRIMMS, The Mersey Sound with Adrian Henri & Brian Patten and his Molière adaptations with English Touring Theatre, Roger presents the long-running Poetry Please. The beat goes on. 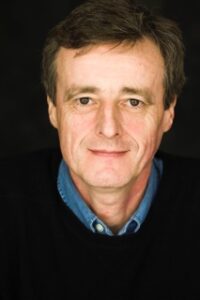 Stewart Henderson’s new collection of verse sees him at his ingenious and subversive best. Throughout the 27 poems the inequities, elations and false currencies of our times are scrutinised, whilst the ‘lowly, unheard and commonplace’ are spot-lit, and given honour. Funny and exhilarating, trenchant and tender, ‘Especially, now…’ is both consolation and celebration, a revealing of the metaphysical in the seemingly mundane, words to whistle in the tumult…there are, also, five of Stewart’s most recent child friendly poems, to be enjoyed in the section entitled, ‘Reading Corner’.
Published by Plover Books, 2020, Especially now will be on sale at the cornerHOUSE on the night and subsequently, only available from www.stewart-henderson.com